Earlier this year, we made a joint announcement with Mozilla explaining that Igalia was taking over stewardship of a project that was known, at the time, as Firefox Reality and creating a new project with it called Wolvic XR. Firefox Reality was a product of Mozilla Labs, the digital research and development arm of the larger Mozilla organization, and a project that Mozilla ultimately decided not to advance.

At the time we announced the transition, Wolvic was very much a beta project. Since then, we’ve been hard at work improving things and laying a lot of necessary groundwork. Along the way, we hit a point where we felt justified in having an official “1.0 release”.

What didn’t do, however, was have a proper “release event”, and it feels like we should. Thus, we’re pleased to announce today that, in collaboration with The Polys WebXR Awards, we’ll be hosting a special two-hour “launch event” on November 3rd to properly introduce Wolvic and talk about where we hope it’s going and how we’d like to get there.

We’ll start things off with a live interview by Sophia Moschascha of Igalians Brian Kardell and Sergio Villar where they’ll talk about the background, opportunities, debugging experience, and roadmap for Wolvic, as well as ways developers can contribute to the project. The interview will be followed by a panel discussion about WebXR and the Immersive Web, and the event will finish off with demos of WebXR experiences and some information on performance comparisons. 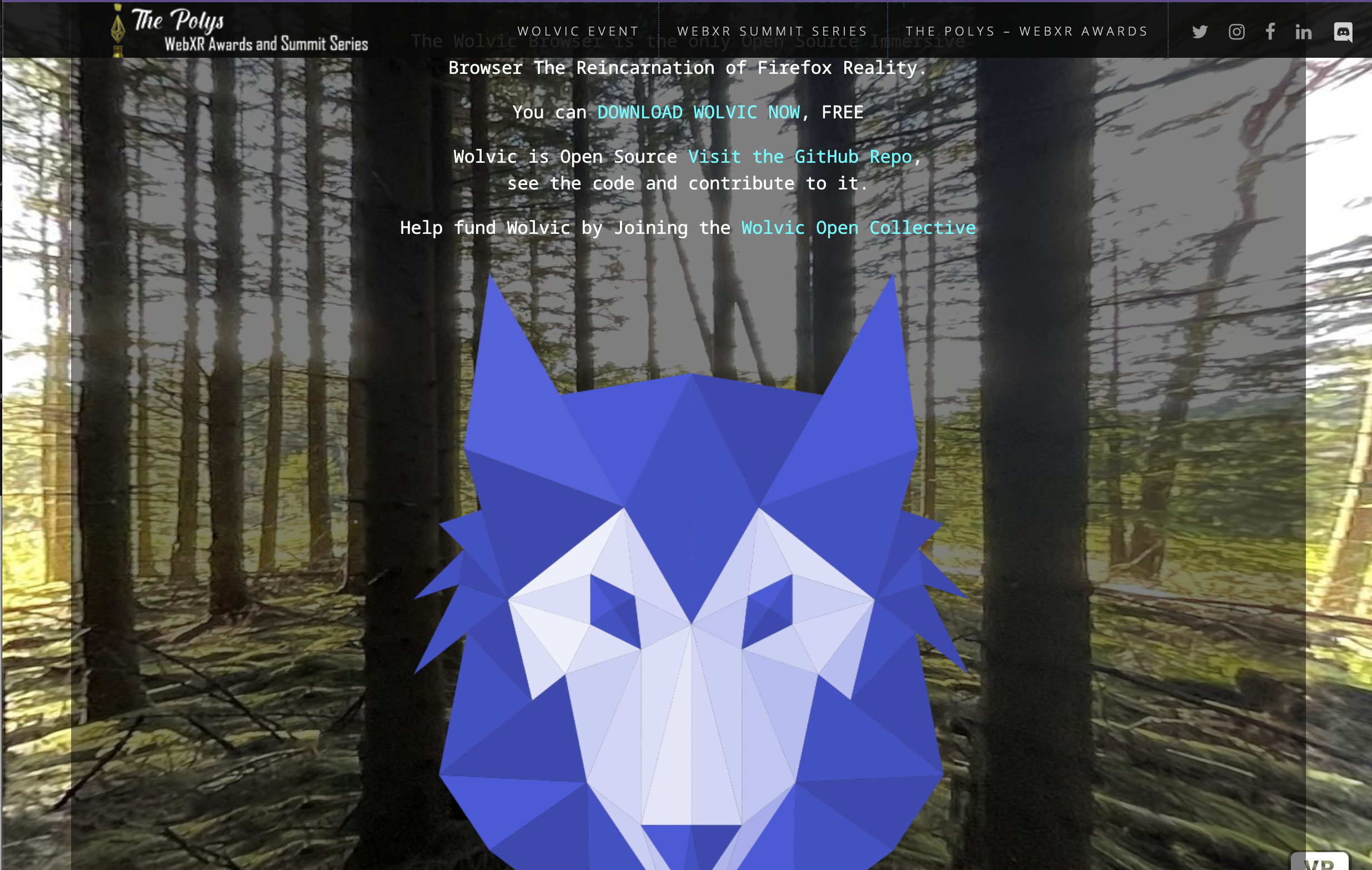